In California, Latino health insurance coverage rates lag behind other populations.  A Latino health study conducted by the UCLA Center for Health Policy Research found that access to healthcare was impacted by lack of employer insurance coverage and immigration status.  A lack of consistent access to quality healthcare services resulted in poor health outcomes for Latinos according to the study.

UCLA’s study also found differences in healthcare coverage among various Latino groups.  Guatemalans (35.9%) and Salvadorians (23.6%) were the most uninsured. Latinas (15.9%) were also less likely to have insurance then men (22.2%).  As Latinos age, they are less likely to have health insurance until they turn 55 at which point their coverage rates start to increase again.

Not surprising, cost is a huge factor for Latinos access to healthcare.  Not having adequate finances resulted in delays seeking medical care or to fill prescriptions issued by doctors.  Recent Latino immigrants, those who came to the US less than 10 years ago, also had higher uninsured rates.  This holds true with immigrants with limited English proficiency as well.

“Despite high employment rates, many California Latinos lack access to affordable coverage through an employer and must purchase more expensive individual coverage on the private market,” said Tara Becker, lead researcher of the study “Eliminating the gap in coverage will require reducing health care costs and expanding access to subsidies to purchase coverage.” 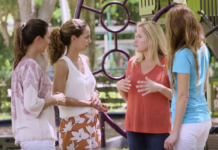 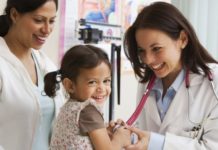 Latino healthcare professionals: A broken pipeline, a community in need 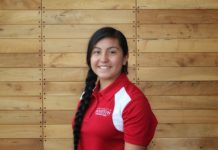