How do you know when to worry about a child’s nose bleed? In this post, I’ll give some insight into nosebleeds in children.  Little kids’ noses can bleed a lot, and it can be scary for both the parent and the child. I see people come into the E.R. for nosebleeds all the time, but that’s not always necessary.  Most nosebleeds can be taken care of at home.

What can Dr. Mom do?

If your child is having a nosebleed:

There are some things you can do as a parent to prevent some nosebleeds.

When should you go to the ER for Nosebleeds

Again, how do you know when to worry about a child’s nose bleed? You can go to the ER if the nosebleed doesn’t stop, meaning if you applied pressure for 10-15 minutes and blood is still gushing out.  Bleeding that stopped but then you have a big sneeze and a clot comes out? No ER necessary.  Under the weather with a cold and now having a little blood on your tissues with all the coughing and sneezing?  Go to your primary care doctor.  An adult on blood thinners and uncontrolled high blood pressure and a nosebleed that won’t stop?  Yes, please come to the ER (but please also take your blood pressure medication if you haven’t already done so). 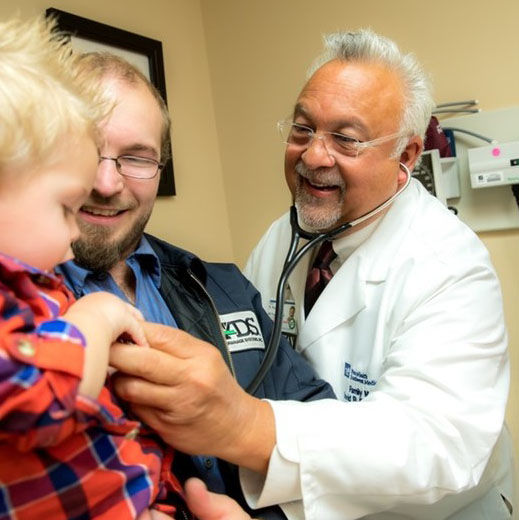